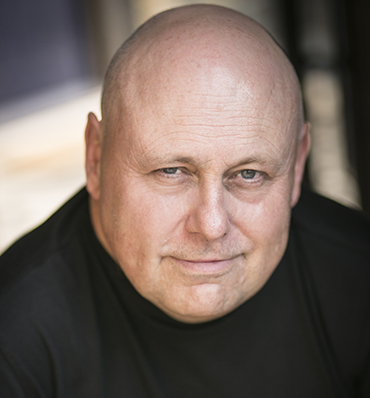 Alan is an excellent character actor bringing genuine warmth to any role following 24 years of work on stage, screen & radio

From his school days Alan has had a knack for mimicry, comic timing and character acting which led to him appearing as a teenager in 'Oliver!', The Pirates of Penzance, Fiddler on the Roof plus pantomime dame in Dick Whitington & his cat. Before his studies at Brunel University and the Guildhall School of Music & Drama he also showed his range by playing lead roles in Outside Edge, No Sex please we're British, Road, and the Arthur Miller classic All My Sons. Post college roles have ranged from Shakespeare to Godber, Dickens to Joe Graham, Pantomime dame to impressions as a stand up on the 'Stand up for Labour' circuit where his impressions, stories and inventive comedy have shone a new light on politics and current affairs. His role as Billy in Billy's Band, - the live show for children in collaboration with LSO trumpeter Dan Newell - saw him take on the part first recorded by Simon Callow into interactive performance events around London and the south east. so whether it's live, recorded, character or simply voice, Alan has warmed the hearts and amused his audiences right across the performing media.

Sleeping Beauty at the Camberley Theatre

Sleeping Beauty! From December 10th to 31st 2018. This spell-binding production features singalong songs, high energy choreography, beautiful scenery and a host of side-splitting jokes! With lots of audience participation, loveable characters and special effects, and with Alan playing the part of The King, this promises to be Camberley Theatre’s funniest and most magical pantomime ever!

Alan can be seen in BYUtv's docudrama, as composer George Frideric Handel in the story of his journey toward composing the crowning piece of his career, "Messiah." The film can be viewed on demand by those in America, or purchased as a DVD elsewhere. “So many people have heard or sung Handel’s 'Messiah,' but few know the story behind the making of this timeless work,” said Derek Marquis, managing director of BYUtv.

OTHeR is an experiment every OTHeR month. This August Bawdsville presents ‘Other Politics’. Seven artists, including Alan, who interpret the concept of the theme ‘Politics'. Hosted by your elected candidate Unruly Scrumptious and joined at the table by her cabaret ministers…
Doors Open 7pm., Show 7:30pm–9pm,
The Ram Jam Club, 46 Richmond Road,
Kingston, London KT2 5EE

Jude spices it up! A case of misunderstanding, in which Jude attempts to liven up his sex-life by dressing up as Leonardo, but possibly the wrong one.

Showreel from Alan Mitchell, showcasing some of his broad acting and comedic talents.

Boris on the Bog. A message from your PM

A 2019 General Election message from Boris Johnson, from his bathroom as he mulls over passing a hard Brexit.

Ever wondered why surge pricing makes sense? Here we explain with oranges, grapes and Alan as Jake the greengrocer.

Jenson : for the SONY Playstation

Playing Jenson, the obsequious side-kick to the evil Dr Black. Filmed in Leeds, it was here that Alan first mastered an impression of Simon Callow.

Playing George Frederic Handel in the documentary of Handel's Messiah for BYUtv America.

BYUtv's docudrama featuring Alan as the adult composer George Frideric Handel and his journey toward composing the crowning piece of his career, "Messiah", narrated by Emmy- and Golden Globe-winning actress Jane Seymour as it explores Handel's life.

Alan in 'Eyes of Blue'. A man seeks guidance from a counsellor to find the perfect woman. The diagnosis is mot to his liking - that he's more interested in cars.

The Greek Man from Pakistan

The Greek Man from Pakistan

Showreel, featuring clips from; The Greek Man from Pakistan, Eyes of Blue, . . . . .

Alan in stand-up mode runs through some of his favourite impressions from the worlds of sport and politics, obviously, in an exert from the Roundhead's Roadshow from 2013.

for Poke, Jim Gilchrist; which was filmed at a freezing cold Dulwich Hamlet FC in February. Hilarious playing a hapless lower division manager. Based on ex-Gillingham FC's Andy Hessenthaler. The sliding tackles were even funnier. . . .

Showreel of Balancing Act's production of Joe Graham's 'A Fistfull of Mondays' performed at the Old Fire Station in Oxford, featuring Alan as As Ronald 'Clint' Pearson. 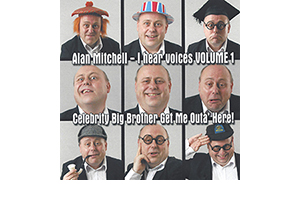 I Hear Voices: Celebrity Big Brother Get Me Outa' Here!

A host of aging celebrities gather for the ultimate Big Brother experience. Amongst others Michael Winner and Geoff Boycott share culinary tips in the kitchen, Osama Bin Laden and Rigsby discuss accomodation whilst Alan Bennett takes to the garden and reminisces about his Leeds childhood with Sky Sports' Jeff Stelling.
All voiced, by Alan Mitchell.

Three Aunts and a Black Bird

Three Aunts and a Black Bird, for Channel 4/Comedy Lab.

PowerGen ident for the ITV National Weather. As Lionel, the mild mannered friend of Simon Day, in a successful series of idents filmed in Prague & Cape Town.